Maximum Points for Spencer and the SCC Time Trial Season Kicks Off. 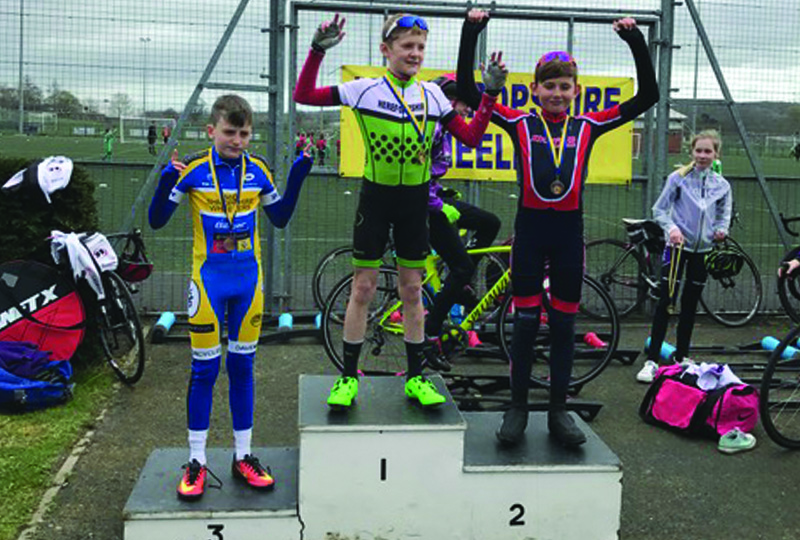 Stratford’s Cycling clubs evening series of time trials got under way on the shortened course based at Clifford Chambers and over a 6.7 Mile route 27 riders got there season of to a start.

The second round of the 2017 Midlands circuit championship took place on another purpose built off road circuit at Shrewsbury and for Stratford it was the same youngsters who showed what is possible if you are very fit and determined.

This time 9 competitors from Stratford were in the under 12 race but this popular event attracted visitors from far and wide providing a top class field.

So it was that for the second week running the Welsh national under 12 mountain champion and Cyclo Cross champion Emyr Truelove who was first over the line, but he had a real battle with Stratford’s Spencer Corder who spent much of the race opening up gaps only to be caught until into the last bend with 500 metres remaining he had established what looked like a winning but alas Emyr came by him like a rocket to take the victory. The remainder of the Stratford competitors knew they had been in race and finished with Lewis Tinsley 9th; Alex Burden 12th; Joshua Barlow 16th; Ben Machin 24th ; Ellis Brown 27th; Joseph Gregg 28th; Zac Parker 32nd ; and Harriet Tinsley 10th girl home. Spencer again scores Maximum points in the west midlands League.